One question I’m regularly asked is, “How can I take my wired speakers and make them wireless? Or how to make speakers bluetooth?” It’s an interesting question because people can sometimes be asking two different things with a question like that. 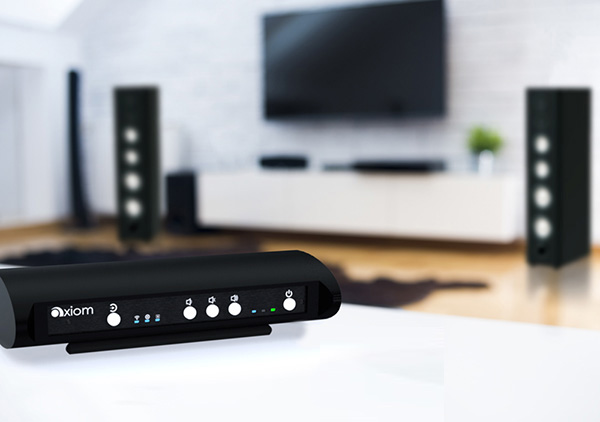 In the first case, they may have an existing audio system, a pair of speakers where you’re connecting the speakers with the speaker cable from a receiver or amplifier, and they want to get rid of those wires.

Now, unfortunately, to do that you need a new set of speakers. You need a set of wireless speakers. Even though a wireless speaker gets rid of the speaker cable and the connection to the amplifier, you then need to move the amplifier inside the speaker. So in addition to having a wireless component, it has to have its own amplification, its own power built in. But you don’t have to replace your whole system.

Watch My Video On How To Make Speakers Wireless

If you have a system with a receiver or amplifier, a home theater system with a good home theater system that you enjoy, then you can add a simple transmitter box that you take a RCA output from your receiver, and then it will then send the signal wirelessly to the speaker so you can place them without having to worry about running speaker cables.

The other version of that question about making my wired speakers or my wired system wireless has to do with all of the great music services and functions that we have available and are used to every day, using on our phones or on our computers. You may have a streaming music service from Amazon or Spotify or TIDAL. Maybe if you have an Apple device, you may be used to being able to Airplay anything, like a YouTube video to another component. And maybe you want to have all of those functions integrated into your existing audio or home theater system.

Many people think that “Oh, I’m going to have to buy a new receiver or a new amplifier, or a whole new system to do this,” but that’s not the case. If you want to do it very easily, and without concern for getting the best quality, you can get a small Bluetooth adaptor. They’re not very expensive. The quality isn’t great and it only gives you Bluetooth connectivity, but it’s a starting point if you want to look at that.

A much better option is something called a streaming player or a network player. You can think of it as a similar component, a source component like a tuner or a CD player, or a Blue-ray player, etc. It’s just another source.

Now there are many companies that make these. We have one called the AxiomAir Transformer . This is an amazing little box because it will do everything I just talked about, and actually even have some more features I’ll go over in a second. So with one of these streaming players I can now play my Spotify or my TIDAL, I can play anything from an iPhone or an iPad directly to my existing audio system, I can play things from the internet like web radio stations. I have all of that capability and I have Bluetooth capability, so anybody that has a device with Bluetooth can connect to the Transformer, and now that audio will be on your existing home theater or stereo system.

One other interesting thing is that many people have got, maybe, a vintage audio system that they love they’ve been holding onto for years, they had at college, it still works great, it still sounds great, but they want to make the sound better from their television set. Flat-screen TVs these days have really, really poor built-in speakers. The problem is, most television sets these days do not have an analog output, which is what you need if you have an older receiver or amplifier in your system. They do, however, have a digital fiber-optic optical connection and the AxiomAir Transformer actually has an optical input on it, so now you can also plug your TV into this and play wonderful-quality sound over your existing audio system. One other benefit, if you’re a karaoke fan, you love to sing, there is an optional module that you can get that has microphone inputs, feedback-killing circuitry, and echo, all kinds of features that now will turn, you know, that home theater system in the basement into a brand new unit that’s right up to date. So this is something really to consider.

If you’re making use of these streaming music services, which are wonderful and convenient, think about adding a streaming player like the AxiomAir Transformer to your system.