Axiom Home Page
I bought a few at $150, paired them with some Axiom M3s, for gifts to friends, and let me tell you what, they sound GREAT!

I think you should go get you one! 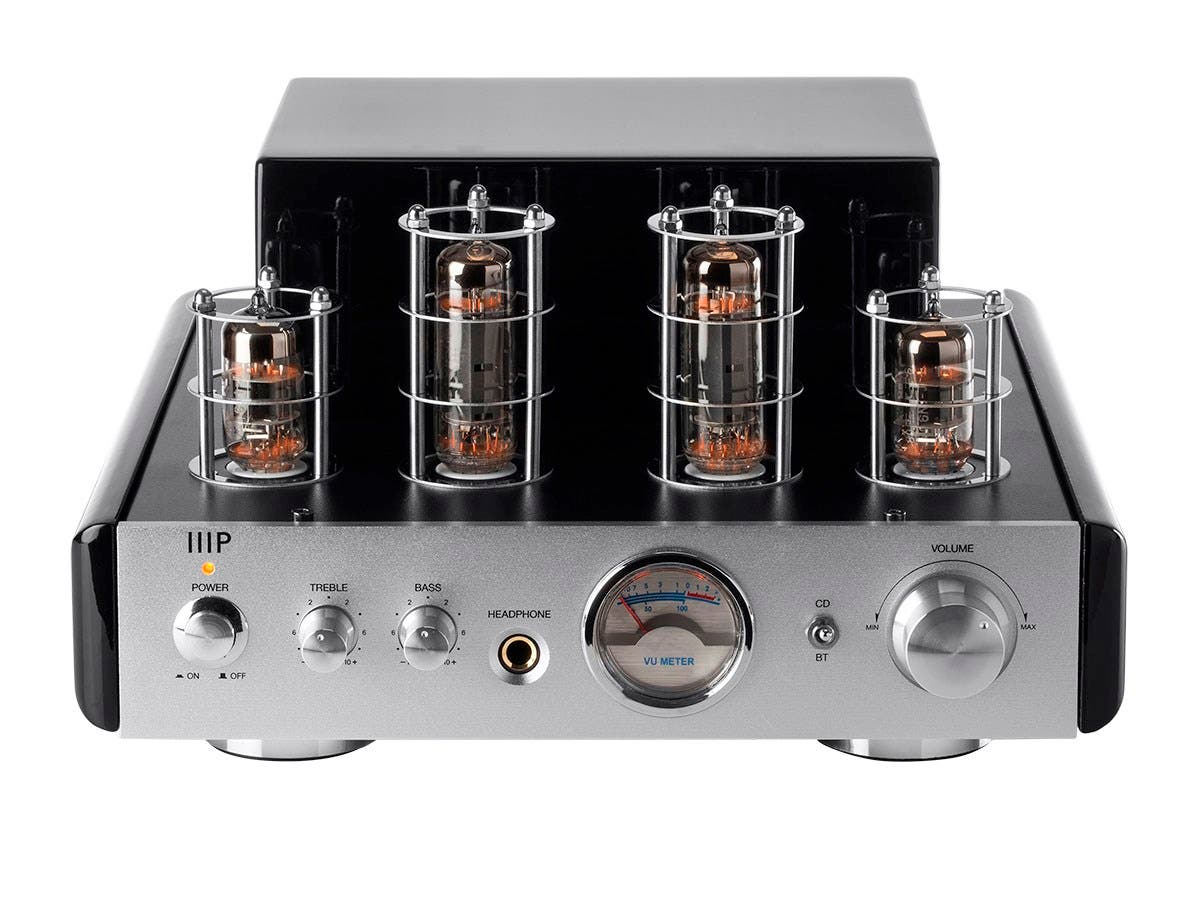 I ordered the 50 WPC version, on sale for $160. Will report back after some unblind tests between it and the Axiom 1500.
After spending 3 plus weeks with the Monoprice, and comparing it to the ADA-1500-5, here is the impression to date ...

1. The Monoprice has a bit of a rolled off high and slight bloom to the bass. It's pleasant, but not as accurate nor clean as the ADA-1000.

3. It's not a real dynamic amp, but in comparison to our old Tweak City Audio "Gizmo", it's a bit better in that regard.

Overall, it's not a world beater, but it will find a place in my man cave garage with my 30 year old Klipsch Cornwalls as a killer nice little system. I have a 20 year old NAD CD player that adds up to a very nice system.

A side note - Spotify has a new "extreme audio quality" setting that makes the Bluetooth SQ VERY close to the CD player. The man cave garage with this system is a wonderful place to have a drink and a cigar.

As long as you are not expecting too much, the Monoprice is a fun product, and well worth the $200.
Hi Craigsub

I think they'd be great with the Cornwalls! Have you checked out Bob Crites' site for Klipsch upgrades? I just got his titanium tweeters and cross-overs for my Forte I's. I'll let you know how they sound when I get the time to get into them.

I always use list price when discussing components, because that is the most anyone will have to pay.

My reference Klipsch speakers are LaScala II's, and as good as they are, compared to live music, they are still not what the LFR-1100's can do, in terms of accuracy and spacing.

One cannot understand the depth of that man's indecency until one experiences it first hand. I hate to see you go through all this. If it helps, what he has done to you is almost altruism compared to what he has done to others.
Serenity - audio nirvana is what I hoped for.

I heard the Emerald Physics 2.8s at THE SHOW in Irvine, in June 2016. I listened to Magicos, big Vandersteins, Wilsons, TADs, Legacies. I thought the EP 2.8s sounded as good as the best of them. When I heard them, I heard myself say, "I'll take them."

I made a good deal. MSRP on the speakers in the fancy finish was over $10,000. The EP100.2.SE digital monoblocks listed for $2,200 each. I got the lot for $7,000. I thought it was a good deal (made with Walter Liederman, the owner of Emerald Physics/Underwood HiFi). The deal was Walter would send Mark to set them up and guaranteed me they would sound as good as they sounded at THE SHOW.

They came, they are beautiful, they sound like crap. I have a bunch of systems. A lot of equipment for a guy who likes one song and is half deaf. (joke) My most modest system is a Harman Kardon TA5000x integrated tube amp, Axiom M22Ti's, Sony DVP S9000ES SACD player. No sub. That system sounds better than the EP2.8s. My Michaura M66 (like the M60s, 2 x 6.5" Axiom drivers and the 0.75" Axiom titanium tweeter) with HSU sub simply blows the Emerald Physics speakers away.

Mark gave me a great deal on a Conrad Johnson MV60SE KT120. It helped a little. (The Klipsch Forte I's I picked up sound incredible with this amp.)

Mark promises to come this Tuesday. I believe him despite many disappointments. He has had a tough year.

Craigsub, yes, I came out much better than many, whether or not he comes on Tuesday. He is a complicated guy, with many good qualities. I am giving him one more chance. I believe he will come through.

In the meantime, I picked up the Bob Crites' cross-overs and titanium tweeters which, when I work up the courage, I will install in the Fortes and report back.

Best regards to all of you!

Installed the cross-overs and titanium tweeter diaphragms into the Fortes. Have not yet reinstalled the passive radiators in the rear of the speakers.

Very tired, and I tend to be an enthusiastic reviewer, but ... these things sound fantastic, even without the radiators. The highs are extended and very sweet. The mids are ... dunno how to describe them, but I think huge, full and musical would do. The bass is terrific. Bass from kick drums are percussive and forte! All very integrated. First impressions are enthusiastically positive.
Well, silly me. Mark Schifter did not show. He says he is not feeling well. That was their last chance. Mark has cancelled approximately 20 times on me. That is not an exaggeration.

I put a call into Walter Liederman, owner of Underwood HiFi and Emerald Physics.. They can have their speakers, amps, x-overs and DSP back and get them out of here. They are just taking up space in my living room. I am confident they will take them back and refund my money.

Thank goodness for the fortes.

Spoke with Walter, one more chance. Mark is supposed to come Tuesday. Hoping for the best.
Originally Posted By 2x6spds
Well, silly me. Mark Schifter did not show. He says he is not feeling well. That was their last chance. Mark has cancelled approximately 20 times on me. That is not an exaggeration.


You are far more patient with this than I would be, no matter what the device you purchased!