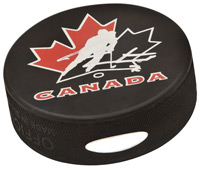 In our second installment of the basics of speaker placement and set up, we continue on the theme of bookshelf speakers and center channel speakers (see Part 1 here). For all you floorstanding speaker owners out there, don't worry: future videos are going to cover the specifics of those types of products.

One of the things that we talked about in the last video was to try to get speakers mounted in a cabinet or a bookshelf as close to ear level as possible. But there's always going to be some situations where you don't have the luxury of doing that. In the case where you've got to have the speaker on a low shelf or the center channel on a low shelf in a cabinet, what you want to do is have the speaker tilted upward so that it is firing at ear level. One of the members of our forums actually tried this out on his center channel and found that he got an improvement in clarity when he made the change.

Note: If you purchase a VP100 or VP150, they can easily be flipped to accommodate angled placement. See this video by Debbie Swinton. For VP160s or VP180s, Andrew's comments apply.

Axiom center channels can actually be ordered to have the angled section on the bottom of the speaker instead of top, which will have the speaker naturally sitting up at an angle. If, however, you've already ordered your center channel and you're changing your set up or installation, you can easily buy something like a rubber doorstop to help angle the speaker up. My brother-in-law actually uses hockey pucks for this which also works well.

Now, one of the things I address in the last video was should we be concerned about the fact that the speaker is sitting right on a shelf? All of Axiom's small speakers - bookshelf and centers - come with some small, clear, rubber self-adhesive bumpers. These should definitely be installed if you are going to be placing the speakers directly on a shelf. The reason is that by installing four of these bumpers, you've got four small contact points to the shelf which will minimize the amount of vibration that's transferred into the shelving unit and into your cabinet, and prevent it from rattling items that you have there.

There was also a case where the speaker couldn't be placed right at ear level, and we suggested that you put it slightly above ear level. Now, what happens if you have to put the speaker in a high shelf, or you're mounting it high on the wall? You want to do the same thing as when it's only in a low position, only in reverse: you want to tilt the speaker downwards towards ear level. If you use something like our Full Metal Bracket to mount the speaker to the wall, you have a range of adjustment built in, so you can adjust the angle to get that position so that it's firing at ear height.

If you don't wall-mount and you're going to be putting it in a cabinet, angle the back of the speaker up so that it is tilted down toward the listening position. 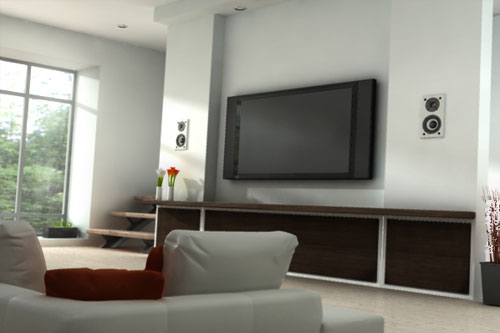 Now, there is one other instance where you've got a shelf opening that doesn't allow you to have your bookshelf speaker oriented vertically (incidentally, we prefer it to be vertical because of the horizontal dispersion. If you put the speaker on its side, that now becomes the vertical dispersion of the speaker and forces what was the vertical to become the horizontal. What does that mean? You won't get as smooth a response off-axis.) There are some cases where you can't help that and you are forced to put the speaker on its side. Again, because of the shape of the Axiom speaker cabinets, that will actually angle the driver array upwards slightly. If you don't want that, apply the doorstop or hockey pucks or whatever you choose to make the dispersion more even.

Now, people often ask "If I have to put the speakers on their sides, should the tweeters be on the inside or the outside?" That's going to be something you have to try out in both positions to see how it works. Generally, if the speakers are very close to the side walls, you're going to want the tweeters on the outside. That's just because of the way the reflections - the reflected information or sounds - is going to reach the listening position. But this is purely trial-and-error. You should try it in both orientations to see which one sounds smoother and better to you.

Hopefully that gives you a few more tricks that you can apply to your setup that should result in improved sound quality!