Subwoofer Corner Placement: Why You Might Want To Try This

You may have wondered why you see subwoofer corner placement in some rooms, and placement along the front wall or side wall in others. You might be wondering, what is it, why would I want to do that, and what's it gonna benefit me? What's the result? 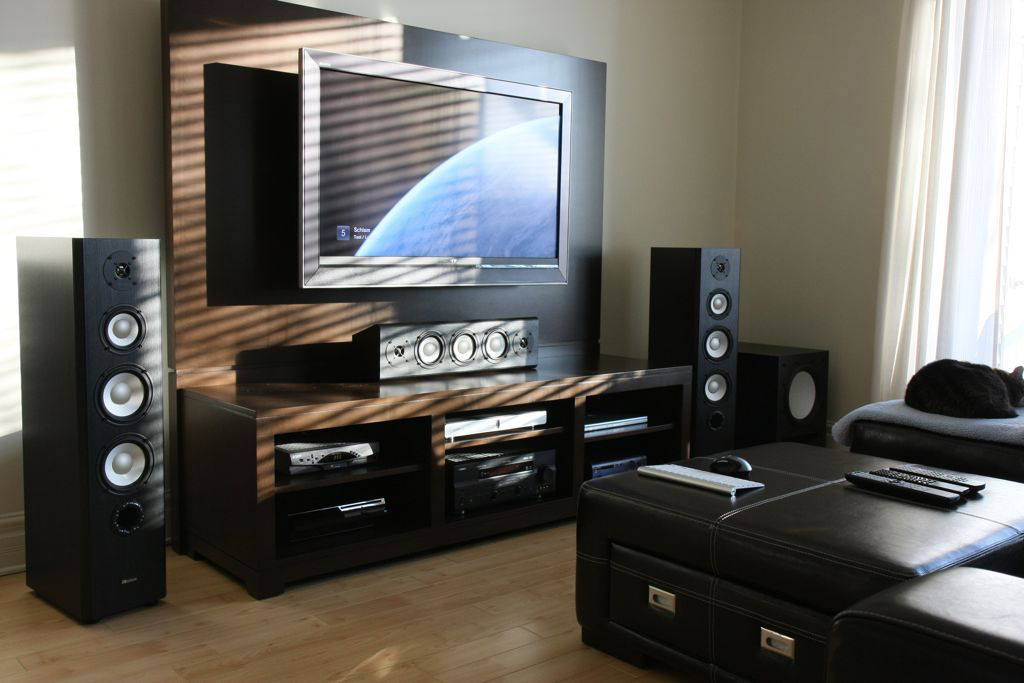 The boundary effect, which loads a subwoofer, you can think of it as amplifying the low frequencies that a subwoofer will produce. Now, it'll happen with any speaker that produces low-frequency information or bass information, but subwoofers, because they're dedicated only to those low frequencies, it's usually what we talk about in terms of corner loading. You're not going to normally put your full-range speakers in the corner. It's not going to sound very good.

So what is the boundary doing? How is it causing this amplification? Well, the number of boundaries, the number of large surfaces that you have around something that's radiating low frequencies will reinforce that. For example, a single boundary: if you had a subwoofer placed in the middle of your room, the floor is the boundary.

If you then moved it against the back wall in the center of the room, you now are loading with two boundaries, the back wall, and the floor. Obviously, if we extrapolate from that and go to the corner, now you have a point in the room where three boundaries are all impacting the low-frequency output of your subwoofer or amplifying it if you want to think of it that way. So the question becomes, well, why don't we always put subwoofers in the corner of the room?

Well, rooms are tricky things with low frequencies. You have something called standing waves that'll reinforce some bass notes and will actually reduce bass notes in different ranges, so you end up getting a frequency response curve that looks like hills and valleys. There's nothing you can do about this other than sophisticated room treatment.

You can do some equalization, but that's not always going to work particularly if you want to fill in a hole in the bass frequency response. By putting a subwoofer in a corner or corner loading it, you're going to have much more interaction with the room because again, you have three boundaries all in play at the same time, amplifying the low-frequency output of your subwoofer.

The closer you get to the boundaries, the more of this loading effect that you're going to get. So it's a tricky thing. Again, low frequencies are the biggest issues in typical small rooms, like we have our audio or our home theater systems, but corner loading can help you out in some situations, particularly if you have maybe not enough subwoofer for the room that you're trying to integrate the system in. So there's no harm in trying it out. You may actually like that bass emphasis, and that's all corner loading is going to give you.

Subwoofer Setup: Where to Begin To Get Great Bass