If you've been following Axiom Audio for a while, or you're an existing customer, no doubt you're familiar with our surround speakers. But over the past couple of weeks, I've had a number of questions from people that are looking at our products and are not customers yet. And there's a bunch of really good questions about our surround speakers. 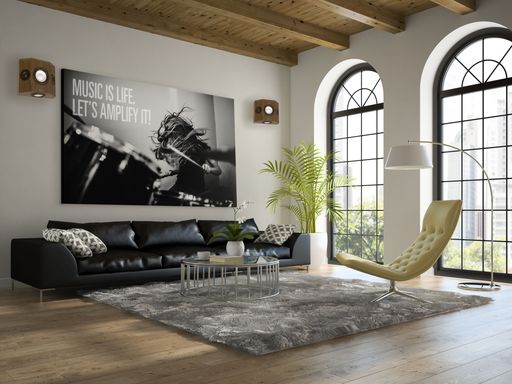 So I thought I would do a little refresher course for those of you that are already familiar with these products. And it's a good introduction for people who don't know, you know, why they look the way they do, what the technology is trying to do, what the differences are, etc.

Our surround speakers are called the QS series. There's three models the QS4, which is not pictured here, it's the smallest of the bunch, the QS8, and the QS10. Now QS stands for quadpole or quadpolar. Now that's a very funny term.

Like, what the heck does that mean? I want to take one step back to explain that. There's a technology in loudspeakers that's been around since pretty much the beginning called bipolar. And what bipolar means is you have two drive units or two sets of drive units, or multiple sets of drive units, and they can be on the front and the back of a loudspeaker, on the sides, whatever, it doesn't matter.

But in bipolar, it means that both of the drive units whether it's a woofer, mid or tweeter, or all of the above, are wired in electrical phase to one another. That means that if I had to drive units on the sides of a speaker cabinet and it was bipolar, they would move in and out in unison.

This is a difference from dipole or dipolar where the two drivers are out of phase and would move like this. So what does that mean? When you have a speaker like our QS8, or QS10, or the QS4, for that matter, where let's just take the two tweeters right now that are on the angled sides of the cabinet, they're going to be both moving in unison, which means that if you're right, dead in front of the speaker, you're going to get the output of those two tweeters adding together as if they were one drive units, if you will.

Okay. So the QS series is bipolar. So why do we call it quadpolar? Well, it's a little bit different. Instead of as in some bipolar surrounds, where you have a woofer and a tweeter or mid and tweeter on the angled surfaces of the cabinet, we split them up so the two tweeters are on the angled sections and the mid ranges in the QS10, or the mid-woofers in the QS4 and QS8.

There's one on the bottom of the cabinet and one on the top of the cabinet. And they are also operating in a bipolar fashion in phase. So their output will, as well, add together at the front of the cabinet. So what does this mean? When you take all of these drive units, these four drive units, this configuration we call quadpolar, and they add together, you end up getting a hemisphere or a half of a sphere, like a half of a basketball of sound radiating out from the speaker.

Now we do this because it creates a lovely diffuse, hard-ish to localize sound field, and that's perfect for surround functions, at least I think so. You can certainly use a directional speaker like a conventional bookshelf or forward radiating speaker for the surrounds.

It'll work well. I just find that these types of speakers, in particular our quad pole series of surrounds, give you a more diffuse and yet directional when there's a, you know, a gunshot or a specific event that's happening in one of the surround channels. It seems to do very well with both situations.

So, I had somebody ask me, well, okay. So, you know, is the QS10 then quint polar because it's got five drive units. It's got a top and bottom mounted mid-range and these don't handle full bass range in the QS10 like they do in the QS8 or the QS4, two tweeters, but then we've got a driver on the front?

So the question was, "Well, isn't that now radiating five directions?" Well, yes, technically it is but this front-mounted six and a half-inch high power driver is only covering bass frequencies and those bass frequencies are naturally on the directional. So even if you're standing or sitting right in front of the QS10 the sound's not going to be beaming directly at you.

This driver is going to radiate in that hemispherical fashion of the rest of the speaker. So it's still as diffuse, it just now allows us to have a bigger cabinet with a lower base cutoff point, which by the way, makes a huge difference. Even if you have a subwoofer in the system.

I've had customer after customer who have upgraded from having QS8s for years and years purchase QS10s and go, "I never thought that having an extra 10 or 20 hertz of bass information out of those rear speakers would matter particularly because that information should just go to the subwoofer based on my settings in my receiver.

Well, it does make a difference. So that's really the story of the quad pole or QS surround speaker series for Axiom, why the QS10 is not called a quint polar, it's still quadpolar, and why you still get a hemispherical radiation pattern from any of the speakers in our QS series.

One other thing I'll point out; these speakers are really ideally designed to be mounted flat against the wall. They've been designed to allow the wall surface to become a big baffle and assist with the way the radiation pattern and the low-frequency reinforcement occurs. You can certainly mount them on stands if you need to, and we sell dedicated stands for the QS series.

But if you can, a tip here, if they are on stands try and get the stands as close to the wall as you can where you've got them placed so that the back of the speaker is as is close to the wall surface as possible. It does make a difference. So I hope that answered some of the questions from the Axiom newbies about, you know, the QS series and why we call them quadpole, this strange name. 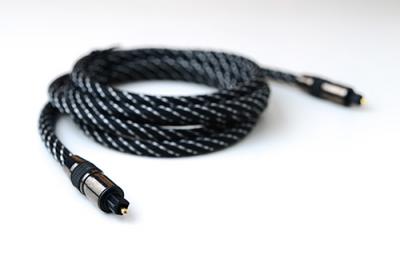 My Blu-ray Outputs Only Stereo

A Powerful New Stereo Amplifier Joins The Line Up At Axiom

The Frugal Audiophile: Five Stratagems for Great Sound and Video in Precarious Times

Question of the Month: Connecting Two Amps to the Same Speakers

Question of the Month: Difficulty Transmitting a Digital Optical Signal

Is Your Home Theater Setup Ruining Your Movie Experience?

Three Home Theater Sound Enhancers You Can Try This Weekend

Speaker Delay: How to Set Up Surround Sound Speakers?

How much better is 6.1 or 7.1 channels than a standard Dolby Digital 5.1-channel setup?

Three Things Not to Forget When You Compare Home Theater Systems

Epic Midi Review - A Fresh Look at the v3 Speakers

5.1 Surround Sound: Are You Getting It?

The Quest For The Best Home Speakers: What Should You Look For?

Speakers for Home Theater: The Facts and Fallacies

Building a Home Theater? 10 Things You Need To Know Before You Start

All You Need to Know About Dolby Atmos