Where To Place Surround Sound Speakers: 5.1 and 7.1 Rear Channel Set Up 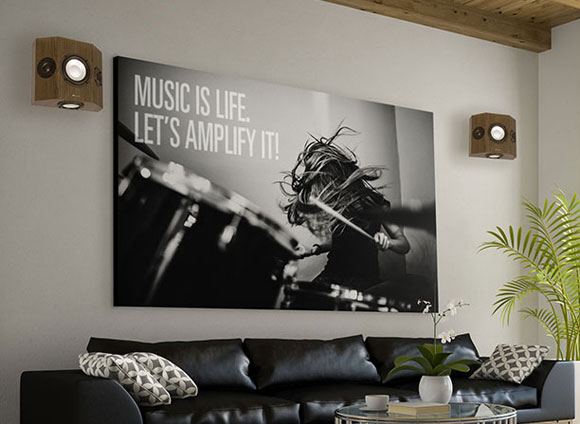 Let's talk about the surround channels or the effects channels or the rear channels, however you want to say them. They're the speakers that handle the information that is either to the side of you or behind you, depending on how many channels you have in your configuration.

The sort of minimal home theater configuration 5.1, there are two rear surround or effects channels. Now, I will warn you, one of the things about the tips that I'm going to give you, this is just based on my personal experience over years of setting up and listening and tweaking these sorts of systems.

I'm not going to follow exactly what THX or Dolby or anyone else says because personally, I've found that you can get good results by using a mix of, you know, what I've learned over the years and, you know, what the official positions from these companies are.

My rule of thumb is that they should be a couple of feet at minimum above your seated ear height. So, if you have a low couch, as long as they are a couple of feet above where your ears would normally be when you're sitting, that's going to be great. Now, on the opposite end, you don't want to cram them up right against the ceiling unless you have a specially designed wedge-shaped speaker that's being used for those surround channels and some of those are designed to go right up near the ceiling.

But, in most cases, with our quad pole models, for instance, at least a foot from the top of the speaker to the ceiling is a good rule of thumb. Now, where should you place them? Well, in a 5.1 system where you only have two surround channels, it doesn't matter too much whether or not they're on the back wall, on either side of your listening area, or on the side wall.

If they are on the side wall, ideally, they're going to be slightly behind your listening position. You don't really want them, you know, right firing directly into where your seated listening position is. It's great if they can be behind you a little bit. It gives a more immersive effect and helps the speakers, those surround channels disappear more.

Now, if you have a 7.1 configuration and you have an additional two side channels, I always recommend that those side channels should be slightly forward or in front of the main listening area. This contradicts some things that I've read, but I found that if you have them slightly ahead of your seated listening position and then you've got your rear effects channels somewhere behind you, you get a nice immersive sound field all the way around from starting in front of your listening position all the way around behind you.

Now, let's address the elephant in the room. I warned you here. Now, Dolby will tell you that you can't have anything other than a forward-firing, directional radiating speaker for the surround channels. Where this got very, very confusing was in the early days of Dolby Surround, Adobe Pro Logic, these speakers were matrixed, so they were derived from the stereo left/right channels.

They were not fully discreet. What that meant was that you wanted a speaker that kind of hit itself good and when we came out with the quad pole models, that was ideal because there's nothing that necessarily fires directly at you. They radiate in a hemisphere when placed on a wall.

And some speakers in those years that manufacturers were developing had a forward radiating section so you'd have a woofer and tweeter on the front of the speaker and then they'd be flanked with two full-range or other driver arrays on angled sections that you could not only switch between being in phase, bipolar, or out of phase, dipolar, you also had a way that you could adjust the level.

This got very, very complex. So, this was in the day when THX was telling all the custom installers, you know, "Go knock on doors, make some money because nobody's going to be able to figure it out other than you professional guys." Once we got to Dolby Digital and now Dolby Atmos, Dolby has stated, "No, no, no, you don't want a dipole, a bipole, a quad pole, you don't want any of that, you want a conventional directional loudspeaker for the rear and side surround channels."

Now, I have a little bit of a beef with that because I've always found that when you use directional channels for the surround channels that you can locate the speakers too easily. And I hate that. When you have a nice surround effect, let's say that, you know, the movie you're watching is in a desert or in an environment where there's birds and crickets and things, you want to feel immersed in that environment.

I don't want to be able to go, "Oh, I can hear what's coming out of the, you know, the right surround channel or the left surround channel." I just want a nice enveloping, engrossing sound field so I can feel and imagine myself in that environment. And I find that when you use a directional loudspeaker in that application, it doesn't work so well.

Yes, with perfect Atmos encoded material, the effect can be better if you've got directional speakers all way around. But, my experience is that if the Atmos channels are directional, whether you're using in-ceiling or angled channels, you know, firing down at the listening position for your two or four additional Atmos effect channels, as long as you do that, I found it doesn't really matter what those rear or side speakers consist of.

I actually find that a mix with our quad pole QS series speakers and directional speakers for the Atmos channels work's really, really well and sound's great. So, one more thing that I'm going to address, which echoes exactly what I said, in the center channel video is back in the day of Dolby Surround Adobe Pro Logic, there was no bass information being steered to those surround channels, or at least not significant low-frequency information.

So, people got used to, you know, you have a little small satellite speaker or a little surround speaker on in the back, the subwoofer takes care of everything else. We're all good. Well, that changed with Dolby Digital, and now with Dolby Atmos that the rear and side effects channels can have full frequency range.

They can have real bass output. Now, I had some people comment on the center channel video, "Yeah, but even if I have a small center channel, as long as I tell my receiver or processor that, all that information is going to the subwoofer. Yes, I agree 100%.

The problem is that you can get into a situation where your center channel or in this case, the rear effects channels don't have significant bass output below a couple of hundred Hertz. Most subwoofers aren't going to go up that high and you end up with a gap. I also find that having multiple channels, the side surrounds and the rear surround effects channels with more bass capability of their own, even if the subwoofer is still going to take away, you know, you've set it so everything below 80 Hertz goes to the subwoofer, which is a typical setting, I've still found that if you step up to a surround speaker that can go down to, let's say 60 Hertz, like our, you know, our QS10 model, we'll get down there and lower, that you get a warmer, fuller sound with those effects.

So, you know, everybody, every customer of ours that had a QS4 or a QS8 like this and upgraded to the QS10 when we introduced it, were amazed. They said, "I didn't think it would make any difference."

And they went, "Wow, that extra bass output, that's a game-changer." So, you know, whether it's one of our bigger rear speakers or in other companies, it's just something to look at. Especially if you're, you know, if your system, your setup is 15 or 20 years old now, you might consider if you're looking at an upgrade to go with bigger side and rear surrounds.

And personally, I would do that before investing in the Atmos channels. Again, Dolby's not going to be happy with me for saying that. It's only my opinion and I find that those channels are more important on all of the content you're going to have other than, you know, those specific Atmos encoded videos and music, which it's building up, but it's not a big library yet.

So, I hope you can use some of those tips. You know, check out going with a larger speaker. Obviously, one thing I didn't mention, if you've still got a 5.1 system and your receiver is capable of 7.1, get some side channels, they really are going to make a big difference.

Are there other placement questions you have? Did you try any of these tricks and if so did it make a difference for you? Let me know in the comments below. 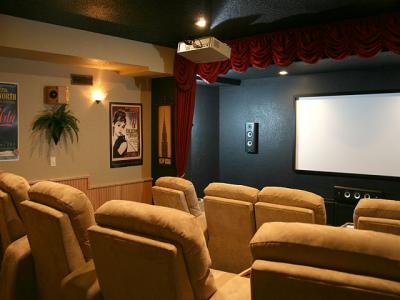 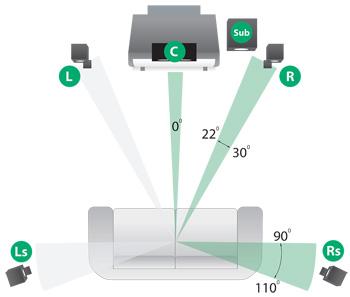 Maximize Your Home Theater Experience By 'Tricking' Your Room

Subwoofer Placement: The ABCs of Bass

5(.1) Ways to Improve Your Home Theater Experience This Weekend

How to Find the Best Place for Your Subwoofer

Soundproofing your Home Theater Part One: The Basics

Soundproofing Your Home Theater Part Two: Building a Room Within a Room

Getting Set for Blu Ray HD: Q and A on Blu-ray, HDMI, and AV Receiver Compatibility